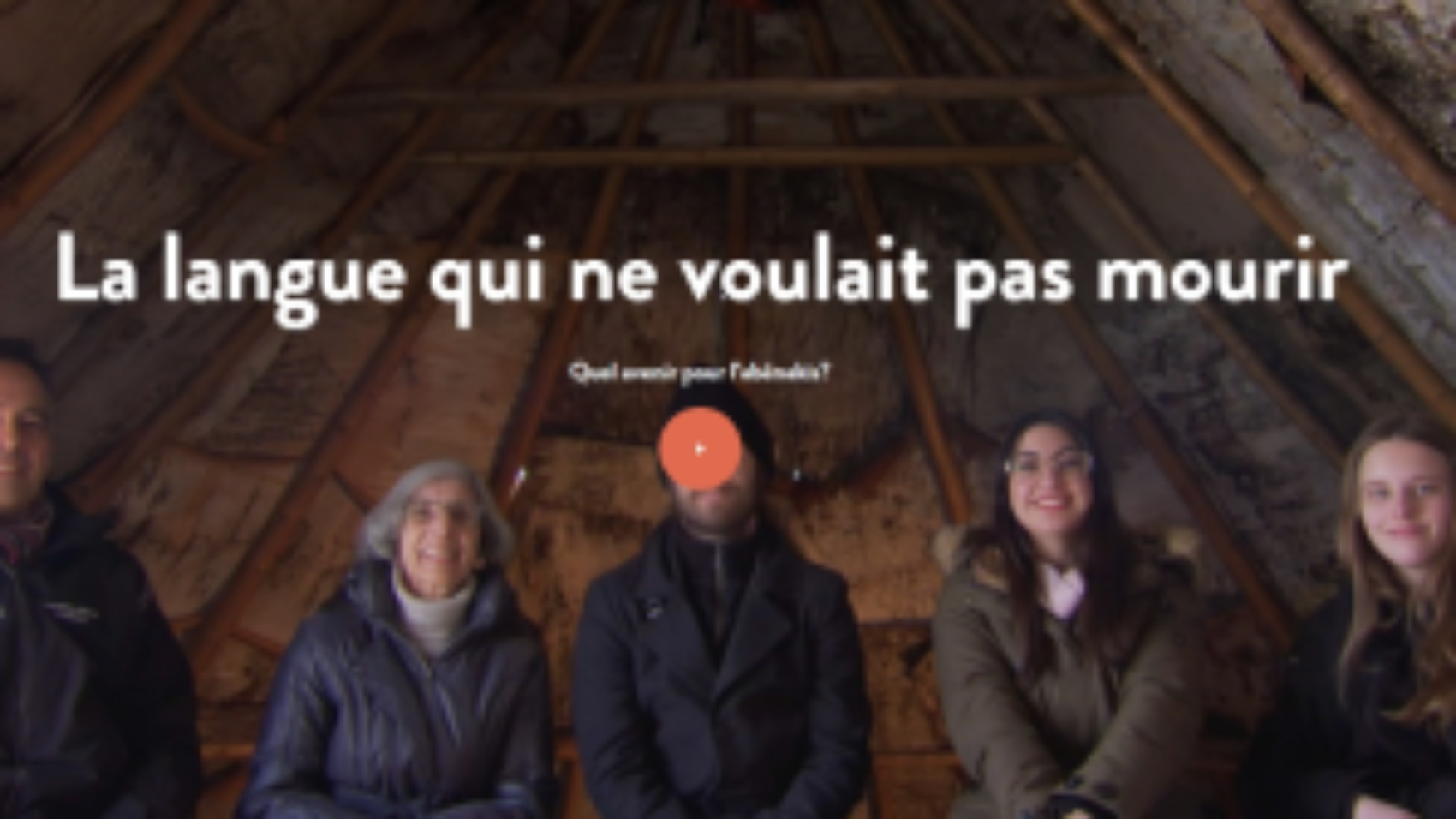 “The language that didn’t want to die” | The Cultural Factory.tv

In this International Year of Indigenous Languages, one cannot imagine a more endangered language than Abenaki, which is now spoken by only five people in the world. Among them, we brought together three of them: Monique Nolett-Ille, a retired teacher who held her tongue at arm’s length for 12 years until Philippe Charland, an Aboriginal man who had fallen so in love with the language that he became the reference teacher, arrived. And then there is Daniel G. Nolett, Executive Director of the Abenaki Council of Odanak, an essential pillar of Abenaki culture. Thanks to them, the miracle of the survival of this beautiful and complex language continues.

As for the next generation, it is embodied in Bianca Gill and Sigwanis Lachapelle, two young women who continue their apprenticeship, giving hope that, once again, the Abenaki will survive and continue to make themselves heard.

But why persist in keeping alive a language that is now spoken only by a handful of people? The question should not even arise:

“Language is the basis of culture. If you lose the language, you lose a large part of the culture.” (Daniel G. Nolett)

Thanks to Prudence Hannis and all the staff of the Kiuna Institution in Odanak.