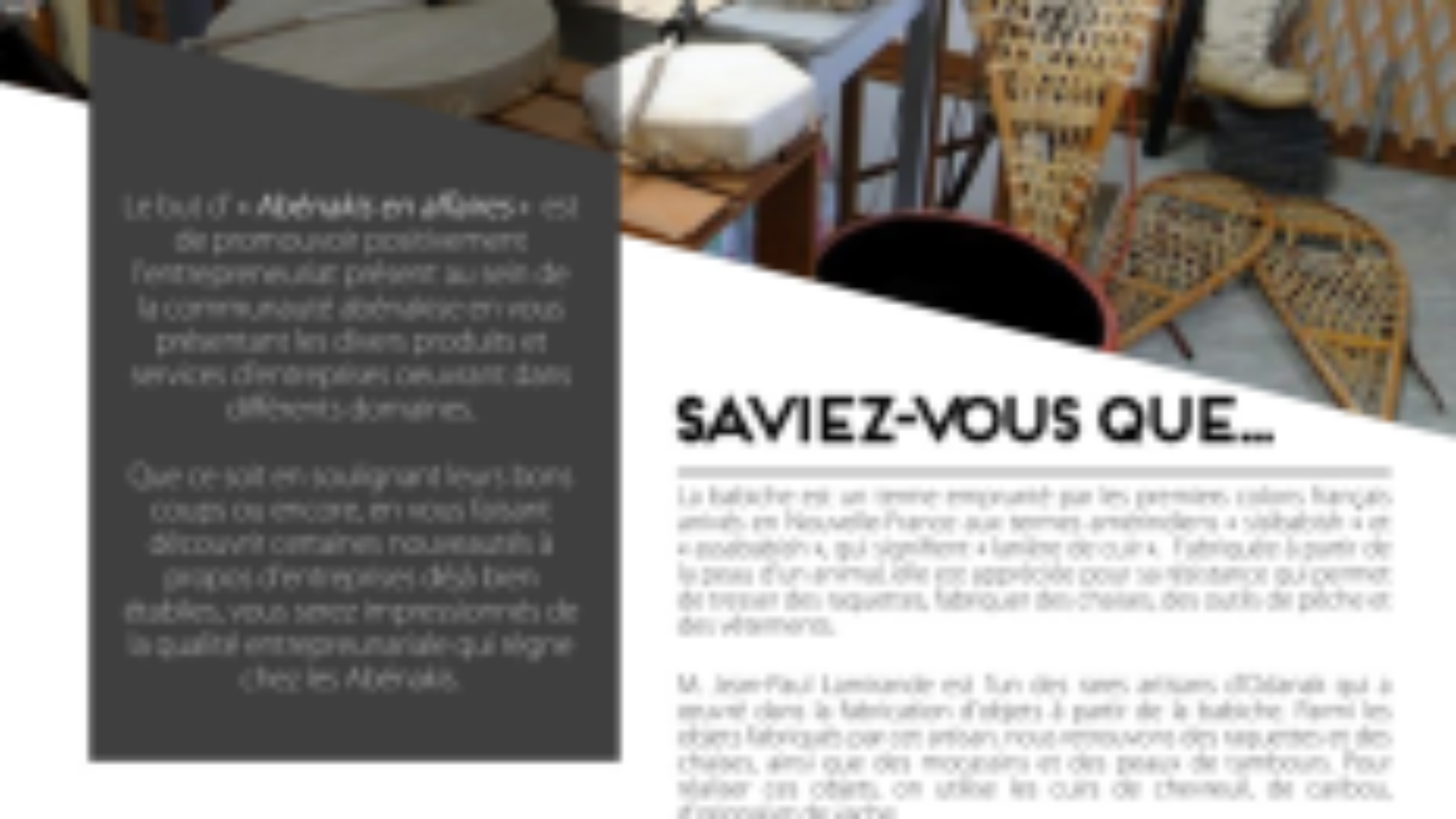 Did you know that some snowshoes had a pattern that identified which family the traces left in the snow belonged to?

In this edition of Abenaki in Business, we are talking about the babiche, a material that was widely used by Jean-Paul Lamirande of the workshop La Plume Blanche in Odanak. A passionate craftsman, he is known for his work on snowshoes and chairs made of sinew, as well as for the Oliver Lodge exhibition, which once taught us more about Abenaki culture.